N-ethyl-pentylone (aka BK-EBDP or Ephylone) has caused problems before where it has been sold as MDMA due to the identical visual appearance but this year has seen an increase in the number of cases detected and more alerts have been issued.

The Loop has now detected two batches of pills in the UK containing these closely related drugs, as well as a number of different batches of crystals.

The mis-selling of pentylone and its analogues is particularly insidious because the effects are initially quite similar to MDMA itself, but the empathogenic effects are not so pronounced and the euphoria fades more quickly. This leads people to redose, but redosing seems to disproportionately extend the time to clear the body and this makes sleep very difficult or impossible for up to 72 hours without further medication. This stimulated sleep deprivation is horrible at best, and multiple cases of temporary psychosis have been recorded.

N-ethylpentylone can be detected at home using reagent tests, it is very easy to tell apart from MDMA because instead of going black it goes yellow/green, orange and yellow with the reagents in the MDMA testing multipack. Occasionally, MDMA is mixed with another drug so it is recommended to visually separate different looking crystals in the batch and test them separately. You can see the test results at the end of this post, they are:

Effects of pentylone and N-ethylpentylone:

If you think that you have taken MDMA then The Loop has written a guide on what to do which you can see here. This very useful information tells you what to do if you can’t sleep after taking MDMA. 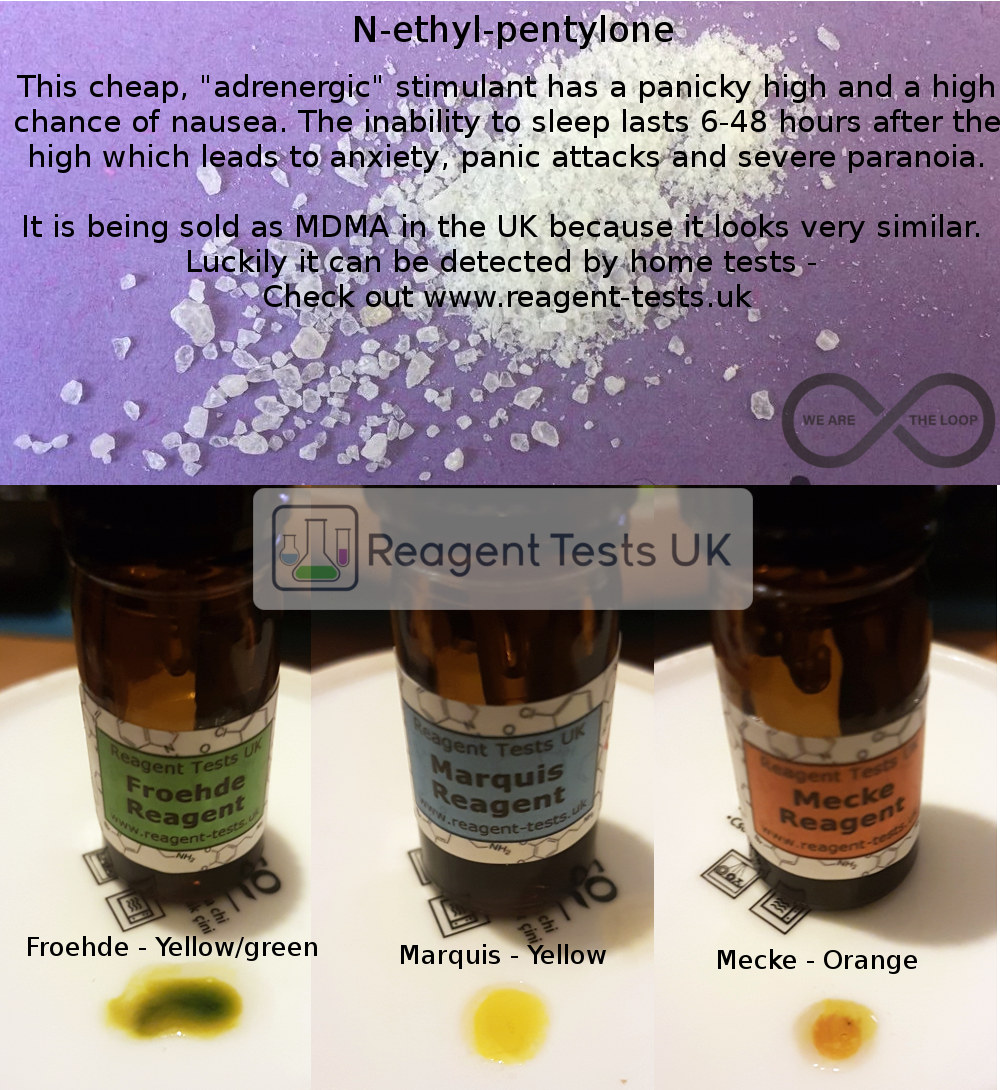