Following the death of a 17 year-old girl in manchester at the weekend, Greater Manchester Police have issued a warning about the “Mastercard” ecstasy believed to be responsible. They have accompanied this with a photo of the affected batch, which do appear to show the popular pills. Accompanied is a professional image from pillreports.net for comparison. 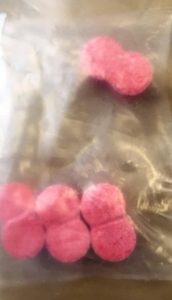 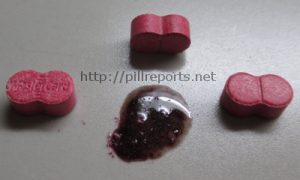 These have been analysed by several organisations who report that they contain around 200mg1 of MDMA. A typical single-dose of MDMA for a teenage girl would be under 100mg, which makes these a really strong pill. The police do not comment further on the matter but it seems likely that this is a tragic case of overdose from the extreme strength of the pills, most likely compounded in a hot environment.

You can buy an MDMA test kit here to help inform you about pills and powders, but please always remember to use the #CrushDabWait method when using a new batch, even if you have already tested them. Knowing they are strong or contain something dangerous doesn’t help if people still drop 5 at once!

Police have urged anyone who has taken the pills to seek medical attention, even if they are not under the effects of the drug. This is quite uncommon given that very few drugs can cause fatalities after the effects have worn off, but they have not elaborated on the reason for this advice.